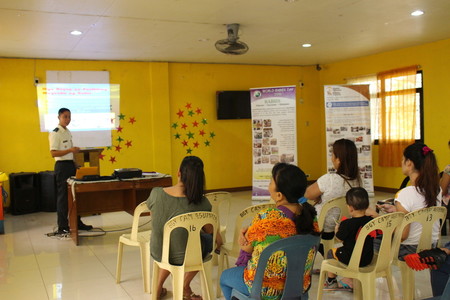 An AFPVD staff gives a rabies awareness lecture to parents and guardians during the Early Childhood Intervention (ECI) activity on rabies awareness and bite prevention in celebration of World Rabies Day 2016.