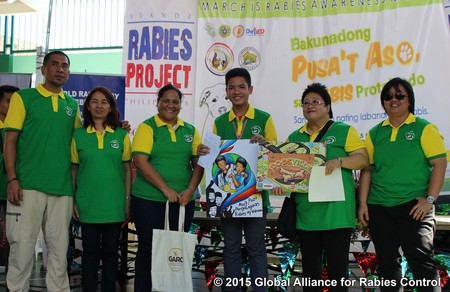 Dr. Sarah Jayme assisting in the awarding of the winners of the T-shirt design making contest and “Moments with My Dog” photo contest. (GARC contributed in the prizes of the contestants as support to NRPCC’s programs) during the Rabies Awareness Month 2015 Kick-off celebration in Makati City, Philippines.