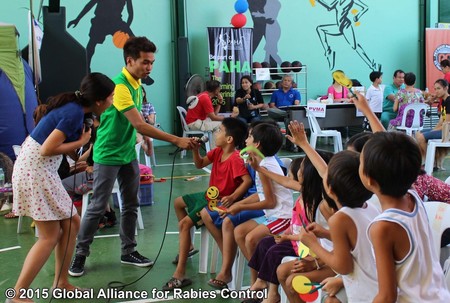 GARC Communication and Education Associate, Nyj Verdadero and Dr. Noverlee Calub from the Department of Agriculture Bureau of Animal Industry interact with children during a game conducted as part of the Rabies Awarness Month 2015 Kick-off celebration in Makati City, Philippines.