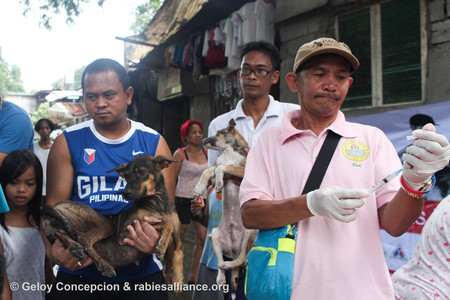 A vaccinator prepares the anti-rabies vaccine while a pet owner waits for his turn during the mass dog vaccination in Barangay Payatas, Quezon City, Metro Manila, Philippines