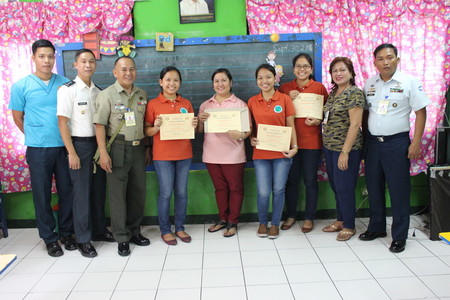 The GARC staff receive their Certificate of Appreciation given by the staff of the Armed Forces of the Philippines during the Early Childhood Intervention (ECI) activity on rabies awareness and bite prevention in celebration of World Rabies Day 2016.