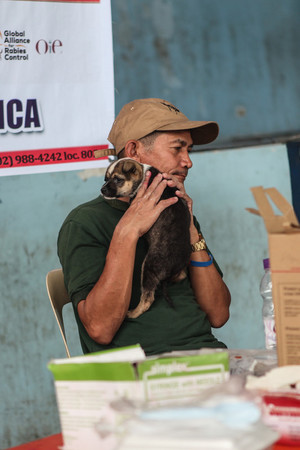 A pet owner holds his puppy while waiting for their turn during the mass dog vaccination campaign in Barangay Payatas, Quezon City, Metro Manila, Philippines