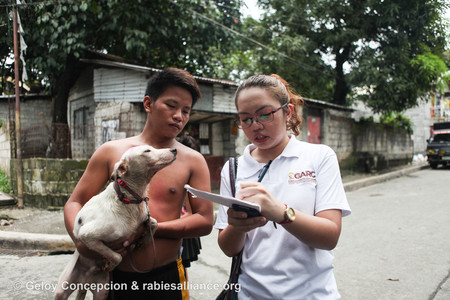 GARC Communication Officer, Dane Medina interviews a pet owner in Brgy. Payatas, Quezon City during the mass dog vaccination led by the City Veterinary Office in coordination with the Department of Agriculture-Bureau of Animal Industry as part of World Rabies Day 2016.