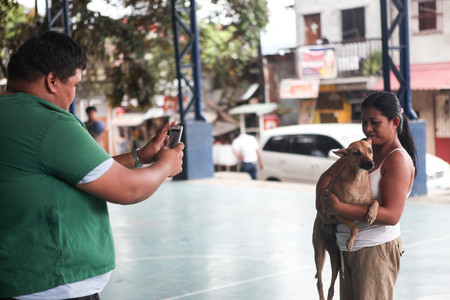 A vaccinator takes a picture of a dog and its owner as part of the registration process during the mass dog vaccination campaign in Barangay Payatas, Quezon City, Metro Manila, Philippines