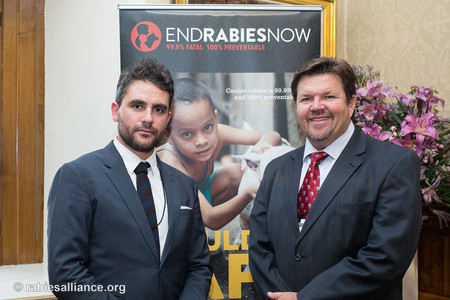 The launch for the campaign is being held in the House of Lords with guest speaker Major Levison Wood (Walking the Himalayas, Walking the Nile â Channel 4, Hodder & Stoughton) and is being hosted by Lord Trees, a former President of the Royal College of Veterinary Surgeons and Lord Crisp, a former Chief Executive of the National Health Service

.The campaign is an initiative of the Global Alliance for Rabies Control (GARC) which has been working with national governments of endemic countries in order to help improve rabies control measures. However, endemic countries will need the help of donor countries to meet the 2030 elimination target