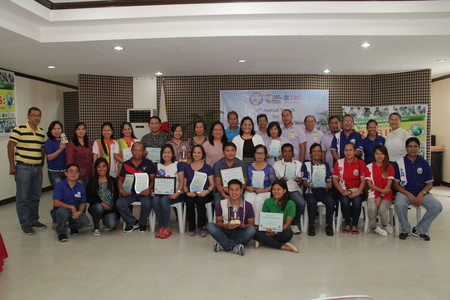 Winners of the LGU Best Implementers' Awards with the staff of the Ilocos Norte Provincial Veterinary Office and GARC team.