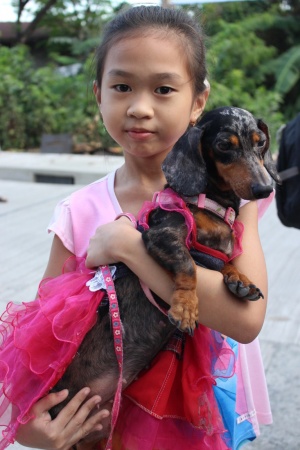 Pet owners along with their pet dogs during the parade.